I believe that everyone at some point in their life journey has made the statement, “I think I should write a book.” While many have said it, very few have actually embarked on the actually journey when you think about it in terms of the ratio of ‘said’ versus ‘done’.

Now, having completed several tomes myself and published my first novel, Nexus Gate 4307: The Animal, currently available in paperback and ebook on Amazon.com, I have to admit that writing a novel from start to finish isn’t the easiest thing to do BUT it doesn’t have to be as difficult as many of us make it out to be.

Most of what causes the process to be difficult are:

What are the cures to these nasty bugs:

“Many Great Authors began their writing careers in meeting their own imaginative and literary need. Perhaps that ‘book’ you crave to read, but can’t seem to find, rest deep within the soil of your imagination. Perhaps it’s time you begin to bring it to light! Write the book!” ~ Candice Coates

Octavia E. Bulter is a celebrated Science Fiction author. Her success grew from watching what she said was a terrible Science fiction movie and saying to herself that she could write better than that, and you know what? She did.

3 REASONS TO WRITE THE BOOK

1.WHY should you write that book: If a concept has been playing like a movie in your mind for more than a month (or even a week) you should give it life, even if you are the only one to read it.

And don’t worry if you thought up a great storyline only to find that someone else has tried something that seems similar. Here is the reality, many people have shared ideas and they’ve never even discussed them before.

As I said, there are so many vampire novels out there with the undead being in love with the living. Or think about how many mail-order bride romance novels there are. Similar concepts but if you’ve ever read any of these, you would find they are vastly different.

It’s called a niche within a genre.

So write your book because your idea is worth sharing.

2. HOW should you write that book: I recently read a book by Mark Batterson called Chase the Lion. (Great book!) In it, he describes his concept of using the 80/20 rule when it comes to writing. I liked what he had to say BUT I kind of have a similar but different view of it.

Putting it in my own words, 80 percent of finished work is better than 20 percent of daydreaming about it. Daydreaming without any work done will only lead you down a rabbit hole of nothingness where you let in those four creativity-killers.

Let your first draft be just that, a first draft! Go on and misspell a few words, dance over correct grammar, and use ‘to’ in place of ‘two’ too many times. It’s okay. Goodness, even let the plot slip a few times.

Your job during the 80 is to bring the bones and muscle of the story to life. The skin and clothes will come during the rewrites. Yes, there will be rewrites…at least three.

Putting down the words even with the mistakes is HOW YOU WRITE THAT BOOK! You get out the 80 percent and then weave through the 20 percent during second drafts, editing, and beta.

3. WHEN should you write that book: NOVEMBER 1st of ANY YEAR is a great time to write that book or to at least get it started. Why? Because that is NaNoWriMo, the National Novel Writing Month. Check out the official site here www.nanowrimo.org.

Participating in NaNoWriMo gives you the chance to connect with other like-minded creatives who are running toward the same goal, like a marathon except you are using computers and being pretty sedentary…and probably packing in the calories instead of burning them but that’s beside the point.

The point is you will have a platform to gauge your progress and be encouraged by that of others.

Me, I like to use June as my Novel Writing Month, but any 30-day month will do just to get you started. That is when I finished both Nexus Gate and Warden (coming out Winter 2020).

Just get started. Write that Book! Why? Because it’s in you. How?  By sitting down and doing it. When? Right now is a good time to start!

If you don’t see the book you want on the shelf, write it.” ~Beverly Cleary

2 thoughts on “3 Reasons to Write That Novel: Wisdom from the Writer’s Journal”

This site uses Akismet to reduce spam. Learn how your comment data is processed. 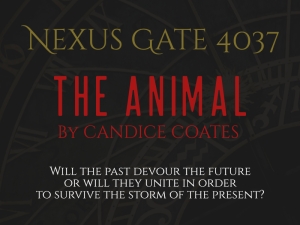